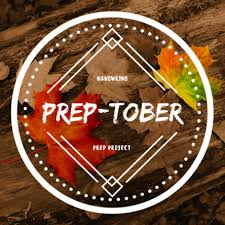 It’s the first day of October and we’re getting into that holiday season but for writers it’s also a special time of year for a whole other reason. This is the month that we as writers use to prepare for the marathon month that November has become called National Novel Writing Month. Realistically if you’re serious about participating in NaNoWriMo then you probably have already formulated the idea for the story that you’re going to work on in November and you may have even began sketching out the characters for your story. If you haven’t, don’t worry, that is what the month of October is here for. There are many aspects to prepping for the NaNoWriMo experience but I’m here to give you some suggestions over the course of this month that will hopefully help you in the many ways they have helped me.

Today I’m going to focus on the first step you really need which is the idea for the story and typically a main character to center the story around. Now there are many different ways to start your planning process. Some people like to think of the way their story is going to end and kind of work their way backwards. I for one have never been able to start at the end but it works for some people. There is also a very small group of writers who like to start with the middle and build the story outwards, usually building up to the end first and then back in the other direction to the beginning. Then there are those strange birds like myself who actually like to take a story idea from the very beginning (sometimes even thinking of the opening scene) through to the middle and work my way to the end in a chronological order.

Now I know plenty of writers who have to have their character first and I will admit that I have had some stories where the character literally spoke to me and told me the story they wanted told but those occasions were rare for me. Most of time the story that needs to be told comes first and then the character presents themselves to me afterwards. After you’ve built the story idea and this is not to be confused with an actual outline) then you want to begin developing your characters. Some create character sketches that give the basic details of those characters and their background and their personalities and some like to go all in and create a character bible of sorts where the spend several pages on each character.

You have to find what works for you because one writer’s method may not be what works for your story. Once you have your story idea built and your character sketches done the next step is creating your outline, but that I will discuss in more detail in the next post. Throughout this Preptober series I will also include tips and specific book suggestions, as well as sharing some YouTube channels with you that can be of some use and help to you. Until the next time… #BePrepared