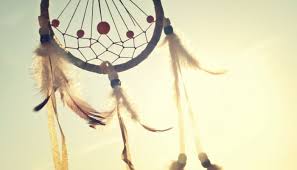 I have been writing for years now. Technically, if you want to count the budding stages of my writing I have been writing (I mean really formulating good sentence structure) since I was 10. I can’t even say that I’ve only made this my career choice for the last several years because I knew at the age of 6 that this was what I was going to do with my life. However, in terms of really making a go at maintaining a living as a writer without the distraction of a regular job, I’ve been at this for quite a number of years.

I can say that I was a little naïve to just assume that because I had outstanding talent in my writing and the fact that I considered myself, not necessarily the best writer, but certainly I was head and shoulders above the vast majority. Out of all the things I have ever doubted when it comes to being a writer, one thing that I have never doubted was my ability to write well. I was naïve in thinking that sleepless nights and talent were the main things that you needed in this line of work. I somehow took for granted the need for confidence and most importantly, patience.

Not every writer can be an overnight success and have the following that J.K. Rowling, James Patterson, Steven King, or Terry McMillan has. In fact I am pretty sure that they have all been rejected far more times than they would care to go back and count. And yes it is frustrating to see some writers come on the scene, with not quite as much talent as I have, but because they are better at selling themselves (that’s where the confidence comes in handy) and marketing and promoting their work, they make a bigger splash in the literary world.

I suppose when I first decided to be a writer I thought that if I write one really engaging, well written novel that it was inevitable that I would have that seemingly overnight success happen for me. But then I look at stories like Tyler Perry’s and J.K. Rowling, in which they went through many years of struggling to get their work out there and to be accepted before actually seeing that level of success. It makes those thoughts that I have of giving up and throwing in the towel vanish, and quickly.

I’m not saying that I want the same exact level of success in my work as Tyler Perry or J.K. Rowling (not that I would mind it) but I know that any level that is near to theirs takes time if I want it to last and not be a fleeting moment. There is no dream that one could have, if it is something they are truly passionate about and really want to make happen, that isn’t worth waiting to see it through. I’ve been waiting this long for things to come together, why would I ever give up now.

If you are in that place where you’re not sure you made the right move pursuing your dream full time or where you are feeling that it should’ve happened by now and that if it hasn’t yet then it probably isn’t going to. Don’t allow those negative thoughts to seep into your dreams and corrupt all of the hard work that you have put in thus far. Stay persistent and stay motivated, but more importantly, stay patient. Every dream is worth waiting for but you can’t give up before you reach them.

Jimmetta Carpenter was born and raised in the Prince George’s County Maryland and has had a very big imagination since a very early age. She has been writing poetry since she was in elementary school around the age of ten. Her love of words has allowed her to express herself in ways in which verbally she can not. She is a freelance writer, blogger, and the author of a collection of poetry, The Art of Love under the Pseudonym Gemini and is currently working on several novels. She is looking forward to having a very long and rewarding career in writing and hopes that through living out her dreams she can inspire someone else out there to realize theirs. Her advice to other up and coming authors is to NEVER stop believing in your dreams and don’t ever be afraid to dream big. View all posts by jcladyluv

2 thoughts on “Worth Its Wait”