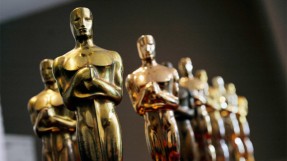 So with the broadcasting of the Oscars last night this means that the award season is officially over. We’ve watched all of the celebrities walk the red carpet in their latest fashions and the most glamorous looks and we have either celebrated the movies and actors that won an Oscar or we have griped about who we feel should have won an Oscar but didn’t.

However way you feel about the Oscars awards show you have to admit that the actors and the movies that were nominated (and those that were so obviously snubbed) are extremely talented actors and directors acting in extraordinary stories being told in cinema. Some of the wonderful speeches and the awesome performances last night were just inspiring and motivating and in some ways left me speechless.

Whenever I watch the Oscars it reminds me of what I am working towards and of where I want to see myself eventually get to in my career, in my life. When I see those people who have worked so hard in their careers and who displayed such perseverance it gives me hope and reassures me that hard work really does pay off. Giving up is never an option when it comes to your dreams. If you are questioning your dreams or wondering if all of your hard work is truly worth it and if it is even going to pay off then just go back and watch the Oscars and listen to the speeches again and then you will see that it is not all for nothing.

Hard work really does pay off. Being unique and different does pay off. And never giving up even when everyone around you may be telling you that it’s pointless or that it’s not going to happen for you does pay off. Your greatest reward for all that you are going through now to get what it is you want will be the satisfaction of saying that you made it and that everyone who doubted you were all wrong. Keep moving forward and never, ever, give up!