“For we are his workmanship, created in Christ Jesus for good works, which God prepared beforehand, that we should walk in them.” ~ Ephesians 2:10 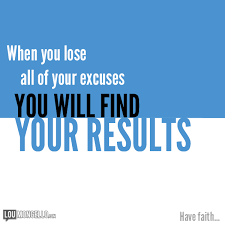 So a few weeks ago my Pastor, in our newly formatted virtually streamed church services, began a new series about “Repairing our Breaches” which is very timely for the chaos that we are currently dealing with in the world. So this Sunday the subtopic of the message was developing a mind to work. He mostly talked about us using this time to work on the things that God has set before us to get done, to not get complacent in this time of what he best described as a reset, and to essentially not let the grass grow under your feet while you’re waiting for everything to get back to ‘normal’. Here’s the thing. I think that this may just be our new normal and oddly enough a lot of this chaos has gotten us back to the basics but I supposed they say everything that was once old becomes new again for a reason.

So are you going to spend this time wishing that things could go back to what you’re used to and then you’ll get started working on that project you were finishing up again or are you going to take this precious time that the universe has given you, where you can’t make any excuses as to why you’re not finishing, and actually get the work done. I’m not just speaking to all of you out there; I’m speaking to myself as well. I’ve been having plans for this, that, and the other, that I have put off for far too long, some out of not having the time, some out of not being properly equipped (at least I didn’t think I was), and some out of sheer fear that likes to rear it’s ugly little head every time I get the nerve to do something that I wouldn’t ordinarily do. Hearing this message on Sunday I had to come to terms with the fact that I am people. I have to develop, or better yet redevelop my mind to get this work done.

One of the things that my Pastor said on the live stream service that really struck a chord with me also and that I hope helps someone else out there is that you have to stop comparing how things are now with how things used to be. I know we tend to use how far we’ve come as a measuring stick to see and rationalize with ourselves just how much work we have actually done and doing it that way can lead us to believe that we’ve come a long way and that we can stop and rest for a bit. However, my Pastor suggested that we measure whether we are truly doing the work that we are supposed to be doing by measuring how things are now in relation to how things should be. In other words, you may be in a good place now but what place should you be in?

Are you doing just enough to say you’ve accomplished something or could you be doing more? If you are doing everything that God has instructed you to do then the task would be completed and there would be no more in that particular goal left to achieve and you can then move onto the next goal because God’s work that he’s placed on you is never truly done. I know this time that we are in right now is chaotic and it’s stressful and can be hard to navigate but you’re not in it alone and I am right here with you. Let’s use this time to get some of those things we didn’t have to time to do before completed and let’s put some good back out into this world. It sure could use it! Until next time… #BeMindful #BeProductive #BeofService