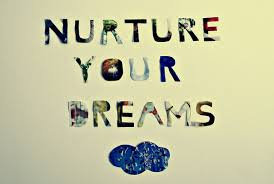 I was talking to someone the other day about my brand and my company, Write 2 Be, and I was explaining the message to her and she responded so positively to it. She conveyed some issues that her daughter has in school with bullying and with feeling that she doesn’t fit it because she’s not quite like the other kids, she’s unique and has an artistic mind, which most people who are not artistic cannot identify with. I could relate to her daughter’s issues because my daughter had been having the same and I too had those issues when I was younger in grade school.

Her mother shared excitement in the mentoring program that I am working on putting together, which centers around the premise of using the arts (which are sadly slowly being removed from our schools) as a way to foster courage and self-love, self-acceptance, and confidence in an individual’s uniqueness. She asked me what was taking so long because the kids growing up need a program like that (specifically in my area). I really could only respond with the fact that I would need a grant for that sort of program and the excuse that I still haven’t gathered up everything to put a grant proposal together for that yet.

It was nice and motivating to hear someone else so excited about what I am doing and what I want my brand to stand for. It got me to thinking about the fact that if more kids had this sort of mentoring program, one telling kids all the things that they can do versus telling them all of the things that they can’t do, or even worse, telling them all of the road blocks that will stand in their way, then maybe we would have more kids confident that they can be somebody and that they can be much more than their current circumstances or possibly more than their current environment (if they are not in a nurturing environment).

I think that if I had someone like that when I was growing up I wouldn’t have done so many stupid things to try and conform and fit in to what everyone else wanted me to be. I think that if someone had told me that I was special and that I was talented and that I could be anything that I wanted to be that it may not have taken so long for me to grasp that fact. I think that I definitely would have had a lot more confidence in myself and in the purpose that God gave me. I might have realized that it was my purpose a lot sooner.

There is nothing better for a child than for them to know that there is someone that believes in them. Even if it is only that one person, their parent(s), their sibling, their friend, that one teacher, or that one person who doesn’t have to, but that takes the time to nurture their gift, it matters. While I know that I am supposed to only be focused on living in the moment, I can’t help but wonder sometimes what would be different if my gifts were nurtured growing up. I know I can’t go back and change what I didn’t have growing up but I can make a difference for other children growing up today by creating that nurturing environment for their talents and gifts, for them to discover their purpose and tell them that they should do nothing less than go for it.

1 thought on “That Nurturing Presence”