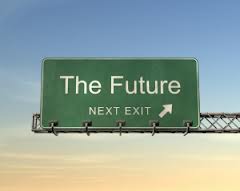 I was listening to a motivational video by motivational speaker, Les Brown that urged the listener to live in the future. If only for a moment it wanted its listeners to imagine their lives being the way that they want it to be, as the person that they want to be. Les Brown tells us “we have to see ourselves there long before it happens” and urged people that if you are going to fail then fail forward and don’t take two steps back like so many of us tend to do when something doesn’t work out.

When I heard this it immediately had me envisioning my life ten years from now and trying to focus on how I can live like I am already there. Ten years from now my Write 2 Be Media Company will be going stronger than ever with, at minimal, ten published books from me and successfully publishing other authors. My company will not only have Write 2 Be Magazine in print and digital form but also two other successful magazines as well. I will have a television show already into production and a couple of movies being optioned.

I will have my book store up and running by then as well as my line of Write 2 Be t-shirts and other novelty items well into production. The main thing, one that is truly a project that is vitally important to me, my Write 2 Be Creativity Camp will be successfully operating in the state of Maryland and hopefully beginning to branch out to other states for the encouragement of the arts in our children’s lives as a way to not only enrich their artistic abilities but to foster self-acceptance, self-love, and confidence within themselves in this fight against bullying.

There are a few other things that I have in play as well but those are my main focuses and that is a vision that I cannot let go of. I’m not sure that I can so easily live as if I am already there in that moment but I can see where Les Brown has a point of the fact that if we don’t act as if it can ever happen then there certainly is a great possibility that it never will. I think that a lot of times when we fail we want to just give up and stop trying (or maybe that’s just me) but what we need to do is fail forward, meaning learn from that failure and use that failure to progress the next time.

The future holds whatever we allow it to hold so if we don’t envision a prosperous future then how can we truly facilitate the future that we say that we want? We are all meant to live a prosperous life but we have to start acting like we want that life. The future is whatever we make it out to be. What does your future look like?

1 thought on “The Future That Lies Ahead of Me”