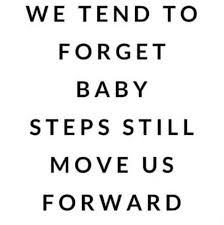 So I told you guys that I was doing this writing challenge called the MilWordy challenge (I did a video about the challenge so you can check it out by clicking on this link) right? It is where, simply put, you aim to write a million words in a year. It includes drafting words, outlining words, blog post words, editing and revised words, basically any words for your writing projects except for text and emails. Sounds crazy right?

Well just call me crazy because while I was hesitant at first I jumped on board the MilWordy train soon after getting past the initial shock of just how many words that is. The challenge is from September 1 (of this year obviously lol) until August 31, 2021 and honestly if you think about just how many words can be counted it seems fairly doable but make no mistake I don’t really think that I will get to a million words (but I’m still aiming for it). So then why am I doing this challenge if I already am saying it’s not going to be achieved right? Well because I don’t know unless I try.

Well so far it’s not going all that great (and I mean I haven’t even reached 15,000 words yet) and I have been a little down about it. However, it’s making me realize a thing about myself and that’s that I am very quick to count myself out before I even give something a try. I’m also not nearly as productive as I truly desire to be and while I have my days where I feel super productive, even on those days the productivity is still not enough. Which brings me to the other thing about me that I’ve noticed that I need to work on and that is knowing that progress of any kind, no matter how small, IS ENOUGH.

Now I know that it seems counterproductive to do a million word challenge that heavily relies on productivity when one of the issues I want to address is not beating up on myself for not being productive enough but I promise they go hand in hand (at least for me). Essentially there can still be productivity in the still moments, those moments when your brain is working but nothing comes out on the page so it looks like nothing is being produced but the brain is always at work.

Anyway, I’m getting off track. So the main reason I’m doing this challenge is to become more productive but also to become less critical of myself as well. I’m not saying that I’m going to be that successful at the being less critical part but I have to get to a point where I’m not going to just downplay any productivity I do have because it wasn’t at the level I thought it would be. At some point, the best I can do for any given day will have to be enough.

So what about you? Do you ever have that feeling like your best still might not be good enough? Are there some days where you just want to let things marinate in your brain for a while before putting them out there but that makes you feel like you’re not doing enough? I hope that you will get to that place where what you are able to accomplish, no matter how big or small it is, will make you feel like you’ve done enough. Until next time… #BeConfident #BeBrave #BeDriven