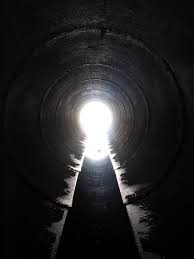 I came across a speech that Tyler Perry made at a conference a couple of weeks ago, nothing too long but as always with anything he has to say it was extremely effective. He spoke about having and being a point of light. Of how we all have that person or those people who have a certain power to pull you out of those deep dark places that your mind can tend to go to when you are struggling along your journey to success. Or that can physically rescue you from a situation that you should no longer be in anymore. He also spoke of how we too can be that point of light for others and that maybe some of us already have been that for people and we may not even realize it. He spoke of how whatever we do in this life should have a purpose, a point, that can help others pull themselves out of that dark place.

After I finished watching his speech I thought about how I hope that I could someday be that for someone else because I could already pinpoint at least three people who have been that point of light for me. Then I thought about my blog and how, even though I am mostly just expressing my own thoughts or opinions about things, sometimes I will come across a comment that someone left me telling me how something I wrote inspired them or helped them that particular day. It gives me chills to think that I might actually be doing what I set out to do when I created my Write 2 Be brand and that all of the ideas that I have for Write 2 Be to inspire others and be a guiding point for those who are cautiously walking along the path of who they are meant to be.

The whole message of Write 2 Be is to get people to understand that you don’t have to worry about what other people or society thinks about, that you should focus on being the very best version of yourself that you can because as much as society can voice their opinion about someone doing this or that, they can’t be that person, they can’t be you. My message is strongly geared at children, particularly those who have been or are being bullied for being different, for being unique, and being special so that these future creative geniuses won’t apologize for being different and so that they don’t feel that they need to be anybody else but who they were born to be. They have that right to be whoever it is they want to be, whoever it is that God placed them on this earth to be.

So I hope that Write 2 Be will be that point of light for these young creative geniuses coming up, and even for the ones who have already created their little niche but struggle with wanting to fit in with everyone else who might not have your unique vision and perspective. I certainly think that Tyler Perry and Oprah Winfrey, and Cyrus Webb are points of light and of course my best friend who is a media mogul in the making LaMonique Hamilton. They are people who inspire me and show me that if you want something bad enough you can make your dream happen but not only that, that you can help others make their dreams happen as well just by not being afraid to fulfill your purpose and be unapologetically yourself.

So find time this weekend to honor your points of light but also to most importantly be a point of light for others. There is no other more rewarding feeling than knowing that something you did or said helped or inspired someone else, that you were the light that pulled them through, even if only part of the way!

Jimmetta Carpenter was born and raised in the Prince George’s County Maryland and has had a very big imagination since a very early age. She has been writing poetry since she was in elementary school around the age of ten. Her love of words has allowed her to express herself in ways in which verbally she can not. She is a freelance writer, blogger, and the author of a collection of poetry, The Art of Love under the Pseudonym Gemini and is currently working on several novels. She is looking forward to having a very long and rewarding career in writing and hopes that through living out her dreams she can inspire someone else out there to realize theirs. Her advice to other up and coming authors is to NEVER stop believing in your dreams and don’t ever be afraid to dream big. View all posts by jcladyluv