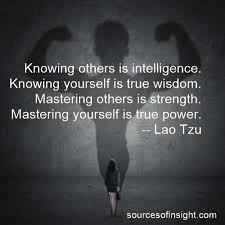 I do so enjoy those moments when you take a look at a scenario and how you responded to it (or in some cases, didn’t respond) and realize just how much growth has taken place within yourself. I had one of those moments earlier today. I’ve written about it here before and most people who know me know that my mother and I do not have the best of relationships. It’s one of the many things that is disheartening for me because I had always wished for one of those mother/daughter relationships that I see so many of my friends have with their moms and a few years ago after trying and trying to no avail, in the process of rediscovering myself and learning to love myself the way that God loves me, I have come to terms with the fact that I won’t ever get that from my mother because she’s simply not equipped emotionally to give me that kind of relationship.

My mother has never thought much of me, and in her eyes I was never really going to amount to anything and it used to hurt me a lot more than I would’ve liked for it to. My mother was abusive to both me and my sister but my sister was still the child who could do no wrong while I was the one that could do no right, at least in her eyes, and I was the sensitive one so while my sister was the type of person that certain things rolled off her back, I literally cried over every hurtful statement my mother made about me. Even as an adult, it hurt.

However today, in trying to have a conversation with her where more hurtful things were said by her, I realized that I don’t really care what she thinks about me anymore. I mean do I wish she thought more of her own daughter, sure, but she’s going to think whatever she thinks and there is nothing that’s going to change her mind and I’ve finally gotten to a point where I realized that how she sees me or doesn’t see me for that matter, is her problem and not mine. I look in the mirror and I see the wonderful child of God who he gave so much purpose to and who, even though I’m not exactly where I would like to be at this stage in my life, is pursuing her dreams and her purpose with passion and determination and I’m not letting anything, or anyone get in my head anymore about what they think I can or can not accomplish in this life.

When I had that revelation earlier I smiled from the inside out because I felt emotionally freer than I had ever felt. I had gotten to a place I had been longing to get to and I had been working on my personal and spiritual growth and I hadn’t even realized that I had reached a major milestone in that particular journey. There’s something to be said for not caring what people think of you and not that it wouldn’t be nice to be given compliments or to have your talents acknowledged, but to not need the validation of their approval. Sometimes you are going to be the only one who sees the path for what it is and where it’s leading, and it may not even be so much that you know where you’re going to end up, just that you are trusting in God for his direction in getting there.