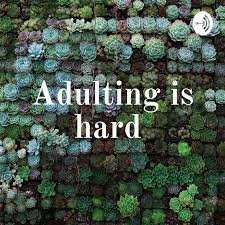 I was having a conversation with my daughter the other day who I constantly feel like I failed. Not because I don’t love her and show and tell her that every single day so that she knows she is loved (which is something my mother never did). Not because I don’t do a good job of making sure she is taken care of first and foremost. But rather because I’ve spent far too much time sheltering her in the vein of wanting her to not grow up before she should have to, letting a child, or teenager, be and act the age that they are.

The problem with that has now come to fruition in the fact that she now clings to the sheltered life that I practically killed myself (metaphorically of course) to provide and she’s terrified of going out into the world and actually being an adult (despite the fact that she’s 19). I made her feel too secure in being taken care of that she doesn’t have confidence that she will be able to take care of herself. What do I do with that? I mean I tried to explain to her that there isn’t a manual on being adult, hell I’m still winging it as I go along.

How do I dispel her fears of adulthood when her fears are valid. Being an adult is definitely not all it’s cracked up to be and I had to be one far before I actually became an adult which is why I wanted her to enjoy the years that she didn’t have to be. But I may have completely hindered her which makes me feel like a complete and total failure as a mother. It’s a tricky balance between being the mom who wants to protect your child no matter what to being the mom that has to let go and let her child spread her wings and fly. It’s even trickier when that child doesn’t want to leave the nest. I’m just writing today to express my frustration with this new phase I’m in of being a parent to an adult child (because we all know you never stop being a parent no matter how old they are) and I’m hoping that there is someone out there that understands so that I’m not alone in this conundrum.

We had a talk yesterday and I told her that there is no manual for being an adult. Everyone is just trying to do the best they can with what they’ve got but the one thing she can’t do is not go out and try. She said she was terrified of messing up and I explained to her that she will absolutely mess up. I told her that she will make plenty of mistakes and she will learn from those mistakes and then make some more. I told her that being an adult is basically trial and error and you don’t know what works for you or if you’ve gotten something right without actually trying. It didn’t seem like it helped her, and I imagine when I was just entering adulthood it might not have helped me either but that was all of the wisdom I had.

I just want her to feel confident in this world and I don’t know how to get her there. I guess it will just have to be a day-to-day thing because what other options are there. I just really want to know, where’s the manual to this adulting thing that we were forced into. Well getting this little rant out helped a little and perhaps it will even help someone else out there. I guess we’ll see!