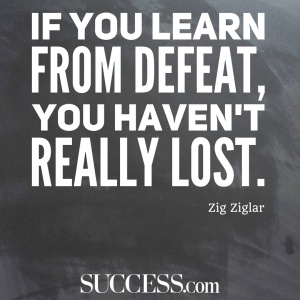 As I recently made a video discussing my fourth quarter goals and therein my third quarter failures I felt the need to reiterate the revelation that I make in my video (it will be posted tomorrow if you want to subscribe to my channel to see it when it uploads) here to those of you who might read this.  I like to think that what we would traditionally deem as our failures, we should start thinking of them as lessons.

Something is only a failure if you never learn anything from it. I did not do well with my quarter 3 goals and I held off on making my video about what I wanted my fourth quarter goals to be because I was frankly a bit embarrassed at the complete and utter lack of completion with quarter 3. But as I thought about it more and more I realized that while I didn’t get the things done that I wanted to I learned a lot in the process. I gained more information that I didn’t have before and that I needed. I also did inch forward on the goal, just not the huge strides.

Every lesson learned on the way to your destination is making you better and more prepared to face what’s coming up next and if you understand that, if you have learned the lessons and begin to put them into practice, then you haven’t failed. You only fail if you were too closed off or stubborn or set in your own ways to learn something.

So think about that the next time you’re calling yourself a failure because something you’ve been working hard on didn’t go the way you envisioned. Did you learn something? Did you get the knowledge that you needed to make another go at it and get further along the next time you make your attempt? If the answer is yes, then you haven’t failed. You’ve grown and that’s really all that we can ask for.  Until next time… #BeOpenminded #BeWilling #BeProductive 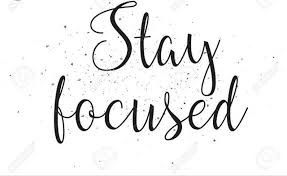 Let’s talk about distractions! The noise of our distractions can be so loud sometimes that it drowns out what really matters to us. There are so many things that keep people from succeeding and being productive in their endeavors. From friends and even family, to television and other things that aren’t of high priority, the environment we surround ourselves with can sometimes do more harm to us than good.

What can also be a distraction to our ultimate goals are the no’s that we hear and the failures that we endure. The obstacles that are thrown at us to derail our journey can allow us to get distracted. We tend to get caught up in the failed attempts at whatever it is we were trying to get accomplished that we overlook the fact that a failed attempt means that there was an attempt to begin with.

A failed attempt is a lesson for what not to do in the next attempt. People who like to constantly remind you of what you’ve failed at and who try to discourage you from making any further attempts at greatness are just distractions in disguise. I used to get distracted by the no’s and I’ll admit that sadly I was a person who had allowed defeat to make me feel defeated. I’ve been working really hard to make sure I change that. I have been working to not allow myself to fall into those particular distractions because they are not good for my productivity.

Sometimes, as hard as it may be to do, you have to block out the moments of defeat. You have to let go of the feelings of self-doubt that hearing no can bring about. You have to treat those moments in which you feel like you’ve failed as teaching tools for your path moving forward. Don’t be so distracted by the obstacle that you completely miss the lesson that it’s meant to teach you. 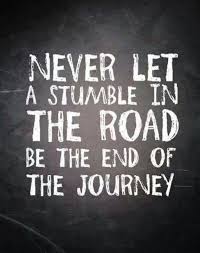 So let’s talk about failure! I hate to fail and what’s ironic is that though I hate to fail I seem to be doing a lot of it. Granted, I don’t view everything that has happened in my life as failures but I have failed enough times to make anyone want to just lie down and give up. In fact, I think that a lot of this past year and half long bout with depression was pretty much just that, me being so tired of failing that I just wanted to lie down and accept defeat.

Writing is definitely not for the faint of heart and rejection is a part of the package that comes with this career but sometimes it can feel so jarring to one’s self-esteem and confidence in their own abilities. I’ve been shopping my novels around to different agents and while I’ve had some of them ask to see the whole novel, which in itself can be cause to celebrate, in the end I have not been received with the kind of acceptance that I crave and truly thought I was talented enough to get. Logically I know that being rejected by a publisher or an agent is not a personal attack on my abilities but as most of you writers know, your novels tend to feel like your babies and my work is personal for me because I always add a touch of myself into my characters (well my main characters anyway).

But I’m learning, or rather remembering that my failures are not what is going to define my eventual success. In reality, my failures are what is going to propel me forward into my destined prosperity. These are the moments that will build me up and make me stronger so that I can be better and excel further than even I thought possible. I’ve always heard that when we plan, God laughs and he must be really laughing it up at me because since the age of ten I’ve had some pretty big plans for my life and career. I had milestones, in my mind, that I just knew that I was going to hit at just the time I envisioned hitting them, some I even thought I would hit earlier than I expected. I couldn’t have been more wrong and being that wrong is just plain hurtful.

However, if some of those plans had come to pass there would be a lot of other wonderful moments that I wouldn’t have had happen, mainly my daughter being born, and I could never regret her. Failure doesn’t have to be a bad thing. It can be, in many cases, what protects us from a disaster right around the corner. In other cases it can just be the sign to let you know that while you may be going in the right direction, you’re not quite ready just yet. There are lessons in the failures that we go through but sometimes what matters is not the actual act of failing itself but rather what those failures can add to our overall story.