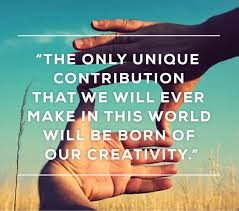 I had a wonderful, much needed conversation last night with one of my fellow creative friends and it gave me the extra boost that I was in need of. When you’re a creative it’s not always easy to find other creative people that will get you and your (sometimes out there) ideas the way that you do. I don’t need a lot of people around me, it goes against my solitary, anti-social (more like socially anxious) nature, but what I do need every once in a while is someone to throw ideas around with, preferably someone who isn’t just going to tell me something is a good idea because they can feel the sheer excitement that I have for it. I need someone honest, who’s going to tell me if it’s any good or even if it’s just so out there that it might actually work because chances are that I would otherwise second-guess myself right out of it.

Last night I got some clarity on a few things I was thinking about and she even gave me some perspective on some ideas that I wasn’t even viewing as broadly as I should have been. She’s a really good person, who understands my neuroses (because we’ve known each other for over a decade) and how sometimes the overload of ideas can drive you up a wall because she’s a creative too and she takes risks every day within her writing career. Today, carrying the words of our conversation in my mind, I was definitely more focused and I was a little more confident in taking a few risks I had been holding back on before. I felt inspired and I felt ready to inspire others!

I think that all creative people, especially writers, should make sure they have someone in their life, in their circle that they can help give them some kind of clarity on the ideas they are thinking of. If you’re anything like me, you need someone to keep you from second guessing everything wondering if this or that is going to work because inevitably there’s always going to be someone that isn’t going to like what you do and you can’t let the thoughts of those few that won’t like it and won’t get it detract from the hundreds, or thousands, maybe even millions of people who you could help or motivate or encourage with what you desire to put out into the world. If you already have that circle in place, treasure it and nurture it because it is precious and it is not always easy to come by.

I was talking to Ms. L the other night and we were reminiscing about T.V. show theme songs from back in the 90’s and before you knew it we were googling some of those theme songs and singing along with them into the wee hours of the morning.  We went from the Mary Tyler Moore show, All in the Family, and Good Times, to Growing Pains, Family Matters, and Friends.  There were many more and perhaps even a CD of theme songs may have been involved but I won’t run down the entire list.  In between singing these songs together, we even shared common gripes about the fact that it seems as though most of the TV shows now do not have theme songs and how we missed them.

I realized, somewhere between Perfect Strangers and Laverne and Shirley, that the difference between television shows then and now is that the writers seemed to want their shows to be graced with theme songs that were motivating and that uplifted their audiences into believing in themselves and in their dreams.  The songs promoted family unity and families supporting one another through good times and bad, and through the things they want to accomplish.  Now there are no theme songs, just a flash of music in the beginning of the shows and sometimes a few words to the beat of a random song, but no real theme song.  No real promotion of family unity or uplifting of the spirit.  It’s almost as if the writers of the shows stopped caring, along with the rest of the world, of the spirit of the people that watch their shows.

The theme shows from before were large reasons that I watched those shows in the first place.  The songs would get me motivated and before the show even began I was rooting for those people, for their dreams, and for their family.  I got valuable lessons from those promotions of family unity and the empowerment of following your dreams through the music of the theme songs.  So when did they stop feeling the need to inspire the audience and to motivate and uplift them?  When did the writers of the T.V. shows stop realizing that we still need that push and that empowerment, even if it is in the simple form of a song at the beginning of a show?

In one of her blog posts, Ms. L said that we sometimes think that with us just being one person, what we do doesn’t count and that it doesn’t make a difference.  But one person actually can make a difference and even when you might not think that what you say or do is affecting someone else, there’s a great chance that it is in fact touching someone else’s life in some way.  Those writers of television shows may not think anything of the theme songs of the shows in television history and may not consider it worth their time or money to go that extra mile to find or create something that will incite inspiration but I would assure them that those songs mattered and they meant something and if anything it made people more drawn to watch.  Just as everything a person does matters, what they don’t do also speaks volumes.  Until next time…Do what you do best, even when you think no one will care or is paying attention; chances are that someone is watching!

“The best way to get approval is not to need it!  Focus on being the best you and the rest will take care of itself.”

It is natural for people to want to seek approval from others.  More often than not it is of the one’s that are immediately around you, like your friends and family.  We want them to accept us and to be proud of us and to support us in our endeavors and always encourage our ambitions.  When we don’t get that support and that approval, especially from family, we are crushed.

As hard as we may try to hide it and act as if it doesn’t really matter that they don’t get our goals and that they don’t approve of the path we chose, it matters.  It begins to feel like if the one’s you love and are supposed to be able to look to for support can’t be there for you then everyone must be against you.  However, the problem isn’t them for not approving the goals we put forth; the problem is us for depending on the approval of anyone but ourselves to begin with.

On the journey towards being successful in our dreams and or passions the focus has to be us; what we think, what we approve of, and what we demand of ourselves.  At some point we are going to have to realize that seeking the approval of anyone else is only going to be our downfall.  People spend so much time trying to do what others expect of them and trying to be perfect in order to fit someone else’s standards.  What they should be focused on is meeting their own standards and not so much on being perfect but on being the best that they can be for themselves.

Trying to be what everyone else wants you to be can become exhausting and it wastes entirely too much time and energy that can be better spent.  If the people around you are making you feel as if you aren’t meeting their expectations, then you need to reevaluate who it is that you are surrounding yourself with and if they are really what you need to be focused on.  I know, easier said then done.

It’s hard to let go of that need to be accepted and I know because I’m still working on the letting go part.  But I am starting to realize that all the time that I’ve wasted trying to seek approval and be accepted could’ve been time that went into actually accomplishing the very things that I sought approval for.  So today you should stop and ask yourselves, whose approval is that you really need?  Theirs, or your own.  Until next time…Be the best you that you can possibly be and everyone else will just have to follow suit!